On World Hemophilia Day, we hear from Melissa Coles, in her own words, whose children live with this rare, genetic condition in which blood doesn’t clot normally because it lacks sufficient blood-clotting protein, called factor.

As an active duty member of the military for 17 years, I’ve been trained to prepare for difficult situations, even disasters. But, nothing could have prepared me for the day I learned my son has hemophilia.

My husband is also a member of the military. We named our son Genesis and brought him home from the hospital two days after he was born. Like any Mom, I adored my new baby and looked forward to settling in with him and his older sister.

When we got home, my husband took the baby into the living room while I went to the kitchen to make him a bottle. But something stopped me. In my mind, I heard the words, “Go pick him up.” I hurried into the living room where Genesis was still in his carrier seat, sleeping peacefully. When I lifted the blanket and picked him up, I saw that blood had soaked through three layers – his diaper, onesie, and onto the cushion beneath him. Soon I realized that his circumcision was the cause of his bleeding, and while lying there, my baby was nearly dying.

That day - and night - were the longest of my life. After taking Genesis to the hospital on base, he was medevacked to another hospital with a neonatal intensive care unit, several hours away.

Thanks to the doctors and nurses who cared for Genesis, he was quickly diagnosed and treated. Unfortunately, that was not the last time he needed to be rushed to the emergency room.

For my son and others living with hemophilia, even minor bumps can cause bleeding. So, once Genesis started crawling, we were making frequent trips to the hospital. When he was a toddler, he started a prophylactic treatment regimen to replace the missing blood clotting factor. This treatment is given by intravenous infusion.

My son Zamir was born two years after Genesis, and he, too, has hemophilia. Both boys receive prophylactic treatment three days a week.

Thanks to Accredo and their nurses, I’ve learned everything I need to know to care for my sons. Accredo ships the factor and supplies to us each week, and while a nurse comes to our home to administer the factor, I also have been trained to give the infusions, thanks to the patience and compassion of an Accredo nurse. And, when I have a question about the boys’ condition or treatment, I know I can always call a pharmacist in Accredo’s Bleeding Disorders Therapeutic Resource Center.

Many people don’t know about hemophilia, so as a caregiver, I spend a lot of time educating others, including teachers, health care providers and other parents and their children about my sons’ condition.

Now 9 and 6 years old, Genesis and Zamir are typical little boys who love to play and draw and be together as a family. I know my boys will need lifelong treatments and care to manage their condition. Health care has come a long way in its treatment of hemophilia, and new therapies are being developed. I’m hopeful that more improvements can be made so my boys can enjoy the happiest and fullest lives possible. 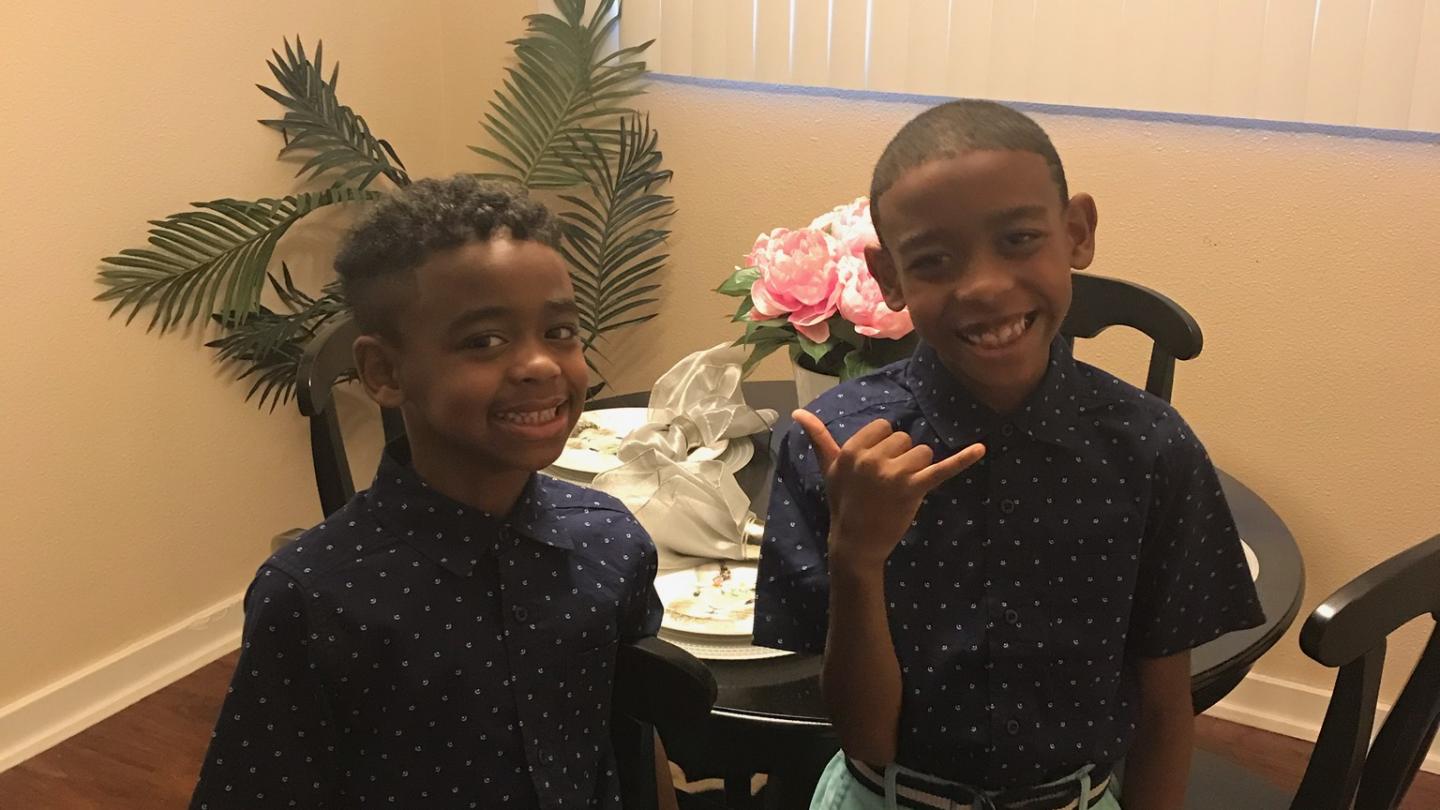 Zamir (left) and Genesis (right) live with hemophilia, a rare, genetic bleeding disorder which affects approximately 20,000 people in the U.S.

Stay Informed
Subscribe to our newsletter for regular updates and the latest thinking from our experts.
Subscribe