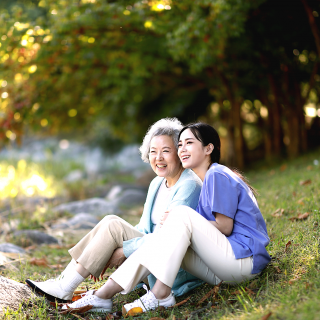 What you need to know about this new-to-market drug

In June 2021, the U.S. Food and Drug Administration (FDA) approved a new drug called Aduhelm (aducanumab) for the treatment of Alzheimer’s disease. Since then, it has been getting a lot of media attention.

Aduhelm is the first new treatment approved for Alzheimer’s disease since 2003, and it’s the first therapy that targets and affects the underlying disease process instead of treating the symptoms. It’s an intravenous infusion that’s meant for patients with mild cognitive impairment or those who are in the mild dementia stage of disease.

How many people could this drug help?

Estimates vary, but experts suggest that more than 6 million Americans, most of them age 65 or older, may have dementia caused by Alzheimer’s.1 The disease progresses over time, slowly interfering with memory and thinking skills, and eventually, the ability to carry out simple tasks. While we don’t know what causes Alzheimer’s, we do know it can’t be reversed. So early treatment is important.

What is accelerated drug approval?

“Alzheimer’s disease may take years and years to progress from initial diagnosis to severe disease or death,” said Phil Combs, a pharmacist with Express Scripts® Pharmacy since 2008. “If there is a treatment available that interrupts the progression of the disease, there could be many patients that benefit if it’s available sooner rather than later.”

Combs brought up another recent example of FDA accelerated approval that most people are familiar with — COVID-19 vaccines.

In the case of Aduhelm, researchers looked at the medication’s effectiveness in three separate studies with more than 3,000 total patients. The FDA is requiring the pharmaceutical manufacturer, Biogen, to conduct a new clinical trial to verify the drug’s clinical benefit. If the trial doesn’t show this, the FDA can withdraw approval of the drug product.

Why the high price tag?

In addition to the accelerated approval process being scrutinized in the news, the drug’s price tag — around $56,000 per person per year — has been the subject of much discussion.

“Traditional medications are the vast majority of medications on the market. These are medications that have been chemically synthesized and have been found to effectively treat illness,” he said. “Biological medications are genetically derived from a living organism and manufactured by copying DNA over and over to produce a biological response in the body.”

Combs said biologicals are much more difficult to produce and therefore tend to be more expensive.

Talk to your pharmacist about any new medications

If you have any questions about whether this medication (or any new medication) is right for you or your loved ones, please reach out to your prescriber or pharmacist. Our Express Scripts® Pharmacy pharmacists are available 24/7 to answer questions and give you peace of mind.